A history show for the whole family! Every episode looks into the surprising and fascinating history of things we think are ordinary, but they’re not — like ice cream flavours, video games, baths and more. We make learning about the past fun while teaching listeners to think critically about history.

Episode One: Season One: The Trailer

Link to this Podcast

Content, Artwork and advertising within this podcast is not owned or affiliated with Sound Carrot.

We’re back with a hot new episode on staying cool! We’re talking about the history of air conditioning, our favorite frosty invention. Joy and co-host Maeve meet a sassy talking ice unicorn who is trying to find a place to chill out (and not melt!). Find out what chocolate, chewing gum and macaroni have to do with the invention of air conditioning. Plus, hear about some eco-friendly ways to beat the heat (splash pads, anyone?).

Hey there Forever Friends! We’re coming back with new weekly episodes, starting next week. Until then, check out this cash-riffic show from our pals at Million Bazillion.

Ahoy, matey! When you think of a pirate, you’re probably thinking of a white man with a beard and an eyepatch, maybe a pegleg, maybe a parrot on his shoulder. But we’re here to tell you that pirates didn’t usually look like that. Joy and co-host Elsa learn about what pirates were really like from expert Laura Sook Duncombe (instead of an eyepatch, they usually had… a written contract?) and hear the story of Cheng I Sao, a fierce female pirate who ruled the South China Sea in the early 19th century. And on First Things First, it’s an all captain edition. Who came first: Captain America, Captain Hook, or Cap’n Crunch?

Whenever you go to a big pool or a public beach, you’ll always see lifeguards around: a person whose job it is to stand by the water and make sure everybody is safe. It’s a cool job, but did you ever wonder how it got started? Joy and co-host Brooklyn want to learn how to be lifeguards, and they learn from a couple of robots programmed to be like Hawaiian surfing legends Duke Kahanamoku and George Freeth, who are part of the early history of lifeguarding in the United States. And on First Things First, you’ll guess which came first: seatbelts, fire extinguishers, or CPR.

Everybody loves a nice dip in the pool when it’s hot outside… but if you never learned to swim, that pool can be pretty scary. Host Joy Dolo and co-host Brooklyn take us on a personal journey this week, exploring Joy’s own history with swimming, along with why many African-Americans aren’t comfortable in the water. (Hint: it’s about colonialism.)

Scrub-a-dub-dub, it’s time for the tub! Or is it? You probably wash up with soap plenty of times throughout the week, but did you know that most people throughout history didn’t use soap for their bodies at all?

Thoughts and reviews on Forever Ago episodes...
If this Episodes in this show have reviews, they'll appear here. 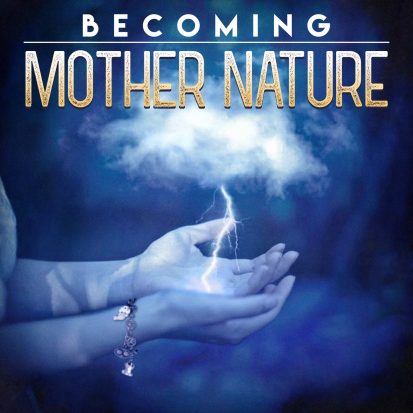 When Chloe is sent off to live with her mysterious and eccentric grandmother she learns an unbelievable secret. Grandma Ivy is none other than Mother Nature herself! And Chloe is next in line to assume to the power and responsibility of the job. Can a twelve-year old learn to balance the entire world’s ecosystem while just trying to fit in at her new school? Only Mother Nature knows.

Following shows let's you subscribe to Podcasts and keep track of what you like. It's like bookmarks but for Shows instead of just episodes. You can use this button, but... you need to be logged in.

You can register here. It's free, only takes a moment, and you gain a bunch of features like bookmarks, reviews and likes.