No Filter with Weird Al Yankovic

Hi, friends—guess what? It’s almost time for summer break, so today I get to bring you this season’s very last episode of No Filter with Count Vacula!

Hi, friends—guess what? It’s almost time for summer break, so today I get to bring you this season’s very last episode of No Filter with Count Vacula!

I’m so happy about all the amazing people I got to meet this year, but I’m super excited for you to meet my newest friend, “Weird Al” Yankovic! His first name is really Alfred, but everyone calls him Weird Al because he’s extremely silly, and he’s famous for writing and performing hilarious songs.

A lot of Weird Al’s music is in a style called “parody,” which means that he takes other people’s songs and gives them new and funny words. Some of my favorites are “Eat It”, “Yoda,” and the “Captain Underpants Theme Song.” He’s so good at making songs that he’s won five Grammy Awards and sold more than 12 million albums! He’s also written two terrific kids’ books, When I Grow Up and My New Teacher and Me!

But what matters most about Weird Al is that he’s a really nice and kind person! And even though I’m a vampire robot vacuum and he’s an accordion-playing human, we have lots of things in common. We both like cardboard boxes, and dogs, and cereal. . . and he says he’s a vampire like me, but I haven’t seen him at any of the meetings, so I think he was probably just being playful.

Weird Al told me an amazing true story about selling his old dryer lint for $600, and a hilarious made-up story about the tiny monsters that make all the echoes we hear. I had a great time getting to know Weird Al, and I think you’ll have a great time, too.

I can’t wait to practice meeting more new people over the break! Are you looking forward to trying out your friend-making skills this summer? Maybe you’re going to camp or on a family vacation, or you’re excited about spending more time at your favorite park—but wherever you go, I’ll bet there will be new friends just waiting to meet you and I can’t wait to hear about it! Until then, stay kind and have a great summer!

© The Imagine Neighborhood | Status: Active, 135 episodes | Kind: Episodic | Episode URL The content, Artwork and advertising within this podcast is not owned or affiliated with Sound Carrot and remain the property of their respective owners.

0 reviews on “No Filter with Weird Al Yankovic” 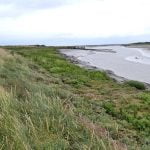 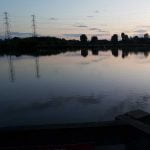 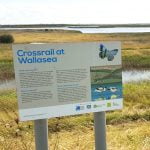 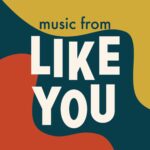 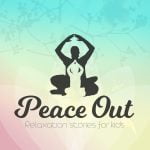 We're really sorry, playback failed. There could be a temporary problem with this episode.

If you're seeing this after changing pages your browser might be blocking playback. There are instructions on how to fix this in Firefox and Safari here, or close this popup and click play at the bottom of the screen.